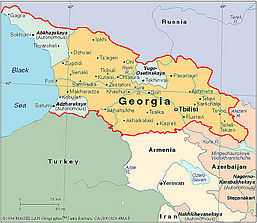 The US righteously and rightfully complains. 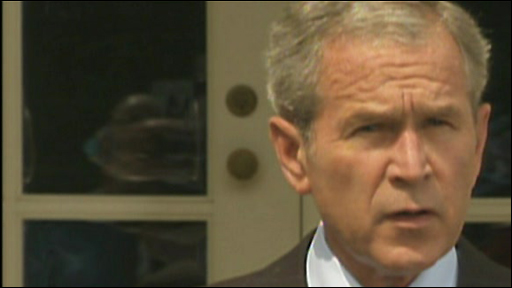 – “Russia must keep its word and act to end this crisis.”

Russia laughs into its Martini: “We learned it from you, pal”

and is painted as the bad-guy.

GORI, GEORGIA – Russia’s foreign minister declared Thursday that the world “can forget about” Georgia’s territorial integrity, and American and Georgian officials said Russia appeared to be targeting military infrastructure _ including radars and patrol boats at a Black Sea naval base and oil hub.

Russia claims a right-to-invade, that a sovereign nation is not, indeed sovereign, and that they have a special right to over-ride world opinion and historical treaty and boundary agreements. Yes, that’s a familiar tune.

And it is a crime; but it shows how maps will be divided in the era of wars for control of Oil and energy. Borders or no borders.

Development of Caspian oil and gas resources and export routes has been slowed by regional conflict, political instability, and lack of regional cooperation. Many of the proposed export routes pass through areas where conflicts remain unresolved. Most of these are in the Transcaucasus part of the Caspian region, where conflicts in Georgia, the Chechnya portion of Russia, and between Armenia and Azerbaijan, hinder the development of export routes westward from the Caspian.

We’d like to complain, and we are complaining, but it’s hard to accuse a mirror-image, ain’t it?

I’m glad Mr. President is offended by Russia’s clearly illegal and immoral actions. Can he understand why so many of us are offended by the Iraq invasion/destruction/occupation/money pit/death hole?

Or, if we just fill it with soldiers, will it get better?

Or, is the Middle East just too important to leave to Middle-Easterners?

Or, how about we get our asses out of foreign oil, and fast:

Somebody make this a national project:

And maybe we could stop letting this country do all our manufacturing for us, while we’re at it?

How about the U.S. decides to invade and take over…The US…and see if we can make it work here, before we export any more “democracy?” Then, maybe, we can look Russia in the eye, and make our honest disgust with their “nation-building” exercises stick.

Have received a number of interesting points in opposition to the notion that the Russian invasion was without cause, or that Georgia is without fault. The basic premise stands – large countries invading smaller ones for their own purposes is, in a word, bad. But, see comments for elaboration on the more complex story.