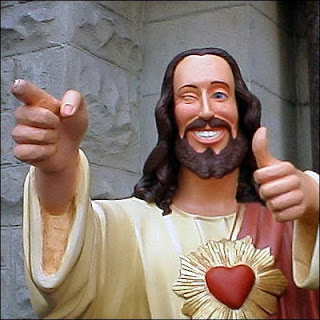 – Here’s looking at you, Mithras!

The official ‘unbiased’ opinion of the Wikipedia on various controversial subjects is always to favor the conservative (monied, mythological, anti-critical thinking) position. Therefore we have it from the ‘editors’ of the brain-deadening e-book that:

And, of course, despite all evidence to the contrary, and lack of evidence to support it, the pharma-vampire editorialists at Wikipedia state that Jesus was an honest-to-goodness historical figure. Or, that ‘most scholars agree that…’ etc.

The Wikipedia has to hold to the received wisdom of the official narrative wherever something really big is on the line. It can’t favor an editorial position that states that ALL of western civilization is based on a literal misinterpretation of an inherited set of mythical stories. That would upset people too much. It would shock the marketplace. We simply wouldn’t know what to do if someone hadn’t already died so that we could continue to destroy the world in peace and with a clear conscience.

If you search “Historicity of Jesus” and it’s corollary, the “Christ Myth Theory” on the Wikipedia, you’ll see a long set of arguments blowing hot air around with great energy, straining to tell us what to think: that ‘most scholars agree that he was real! real! real! we say!” but quick to add, “buuttt, there is, well… no one really agrees beyond that, and it’s a flipping mess. (but he’s real! real! don’t doubt it! Pay your taxes! He wanted you to!)

So, I find it provocative that on the page for a popular treatment of the ‘Christ Myth Theory,’ the Wiki editors were unable to hold back the following list of parities – of identical markers from the cults of ‘God-men’ who ‘died so that we may live’ (as was the custom of all harvests – the god, the grain, the grape gives itself so that we may live). Here then, reproduced in full, is what the Wikipedia allows that the book “The Jesus Mysteries” provides.

I can tell you that the book provides abundantly more, both in histories of the eras preceding the Christ myth, and in the eras following the period as the Roman scoundrels formed a spiritually-lobotomized, money-grabbing vessel around the ancient Hellenic “Gnostic” tradition that surely gave birth to what people are now worshiping in the figure of “Jesus.”

“Freke and Gandy base the Jesus Mysteries thesis partly on a series of parallels between their suggested biography of Osiris-Dionysus and the biography of Jesus drawn from the four canonical gospels. Their suggested reconstruction of the myth of Osiris-Dionysus, compiled from the myths of ancient dying and resurrected “godmen,” bears a striking resemblance to the gospel accounts. The authors give a short list of parallels:

While this idea may be new and controversial to today’s critics, it was well known to the early church fathers. The similarity between Christianity and the Pagan Mysteries (Osirus-Dionysus, Horus, Mythras, Iris etc.) so disturbed some of the early Christian fathers, such as Justin Martyr (100 -165 CE), that some of them had to resort to the most bizarre of reasons to explain the similarity to the Pagan cults. This is what Celsus had to say about early Christianity;

“Are these distinctive happenings unique to the Christians – and if so, how are they unique? Or are ours to be accounted myths and theirs believed? What reasons do the Christians give for the distinctiveness of their beliefs? In truth there is nothing at all unusual about what the Christians believe, except that they believe it to the exclusion of more comprehensive truths about God.” Wiki-Threshold-Guardian

The article continues, giving space to the bitchy opinions of the book’s critics, whose main objection is no objection at all. They refuse to read it because they don’t consider the authors to be good enough. It’s a “popular” book, you see, nothing for academics to soil themselves with. But for all of their very Catholic ‘interpolation’ and liturgical correction, the Church of Wikipedia could not ‘correct’ this out of existence.

But it is strange. After all, the Wiki-mind dares not speak certain truths on its pages; you can’t look up HIV tests and find anything from an actual package insert or medical journal. It’s pure advertising without the fine print. It’s just too hot for them to allow. So, why are they permitting this?

Because it’s already out of the bottle; the perfume is in the air, the academics have been dissecting this for a hundred-fifty years, and we, the hoi poloi, are just hearing about it in guarded, nervous tones from a mouthy, persistent mini-‘legion’ of internet researchers and authors.

Yes, indeed. Lots to think about – and read about. So READ IT. (The Jesus Mysteries)